JOE PERRY PLAYS THE VENTURES & READS FROM HIS AUTOBIOGRAPHY

As guitarist and one of the founders of Aerosmith, Joe Perry is part of a rare breed of rock ‘n’ roll history. This is a man who has actually seen it all, from insanely blasted adventures to hundreds of thousands of insanely excited screaming fans. For more than 40 years, Perry has been a rock god, and he’s lived to tell the tale.

And tell it he does. In his new autobiography Rocks: My Life in and out of Aerosmith, chapter after chapter transport the reader to a world previously only hinted at through backstage lore. It’s not all chicks and drugs, though, as Perry brings a personal, emotional dimension to his recollection.

We filmed this session in the Esquire publisher’s office, and the reading was done in Perry’s home in Massachusetts. Rocks is out October 7. Watch above. 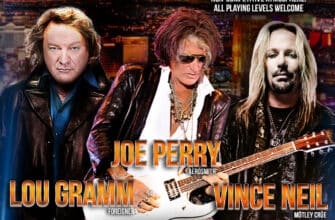