T’was the night before Christmas and all through the town,

What an awesome sound!

The kitchen is a buzzin’ with cookies and yummy delights!

White Christmas on the East coast; warm and green on the West,

With Santa Claus Back in Town, the bars will get no rest!

Santa’s gonna throw up on that crap, just leave him a beer!

NORAD up his ass, that big jolly fellow,

Did you know the guy on rhythm guitar is Jack friggin’ Sparrow?

A four-song EP to celebrate a real blues man’s dream,

Of recording his favorite X-mas tunes and reading about it, Sitting in sunny California, in the middle of December, one would never believe its Christmas time.  At 75 degrees, there is no chill in our weather yet the hustle and bustle of the ocean of people feeding through the malls and the ‘cha-ching’ of cash registers in unison reminds us all too quick, what season we’re truly in.  Time moves so quickly!  It was just 1976 and the re-release of the single Dream On became an American top ten single by a band that had already released two prior LPs but were virtually invisible to the general public.  Dream On hit it big out the gate on the second run and we were all introduced again to Aerosmith.

Of course we all knew who Steven Tyler was by that time; he is and was the lead singer of the band.  Now while Tyler’s antics had to be front and center; he’s the voice of the band, the rest of the group, though all equally as important were not as polarized, and that happens a lot in bands.  There can only be one lead singer most of the time and they command all the attention but once in a while you come across another member of the band equally as charismatic and driven. 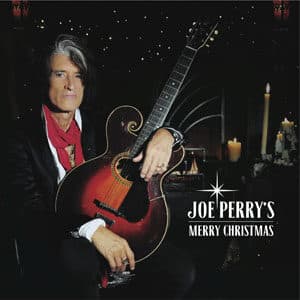 Now in his mid-sixties, lead guitarist, backing and occasional lead vocalist Joe Perry has released an EP of some of his favorite Christmas songs and lends his pipes as lead on two of the four.  Smiling through dark locks with a shock of white falling past his eyes, Perry’s schedule has been a whirlwind of late but he’s planning on calming things down as we head into X-mas.  “We’re going to be in Vermont in about five days,” says Perry, “all through Christmas and a better part of the new year.”  Vermont!  Now that’s a beautiful state.  So with the Perry family sitting around the yule log in their respective digs, where is the rest of Aerosmith?  “Well,” chuckles Perry, “a lot has changed as far as the band’s dynamic. I mean when we first got together we lived 20 minutes apart.  Then we moved out to the suburbs and got houses; still pretty close together but as it turns out, Steven decided to buy a house out here in L.A., Joey’s out in Austin, TX, Bradley is in Nashville and I still live in Boston but the last three years I’ve been living in L.A., and a place in Florida—so I spread my time around.  When we have time off and such; it’s very rare that we’re all in one place anymore.” And so they all go their separate ways at this stage of the game and Perry’s life is still hectic and very full once he leaves the “office.”  Side projects are abundant but picking one can be a challenge when time is of the essence; there are so many interesting ventures, so why Christmas music?  Perry gives a chuckle and with a twinkle in his eye, explains.  “Well over the years, I’ve wanted to do different things in the studio from covering our favorite rock n’ roll songs to doin’ a blues record and a Christmas record but just never got around to doin’ one.  I was out here at the end of the book tour [Rocks: My Life in and out of Aerosmith], and we went from Boston to New York to L.A., and I had a little extra time on my hands so I thought why not do some Christmas songs.  I had access to a really nice studio; it’s 20 feet from the front door of the house I’m living in so it was a perfect time to knock off a couple of these Christmas songs I’ve wanted to cover for a long time.”

White Christmas, Run Rudolph Run, Silent Night and Santa Claus is Back in Town became the four that would turn into Perry’s newest Christmas release, singing lead on Santa’s Back in Town and Run Rudolph Run.  The list of guest musicians is long and Perry couldn’t remember everyone’s name but thankful all the same, they came out to be part of the music, including his good friend, Johnny Depp.  “I’d have to say that I can’t remember everybody’s names; there were a lot of people,” enthuses Perry. “They were either my friends or friends of my friends and all studio players.  I wanted the record to be real; no synthesizers and all done live.  Johnny [Depp] is a really good friend and basically this is his studio.  He and his buddy, Bruce, talked to me about doing a solo record there a while ago.  So when I started the record, Johnny was coming over and hanging out.  He’s a great guitar player and he loves Chuck Berry as much as I do so it was a perfect match.” Johnny Depp is no slouch.  Prior to starting his acting career, at age 12, his mom gifted him a guitar and it was music that brought him to Hollywood.  Supposedly, his wife at that time introduced him to Nicolas Cage and it was Cage who gave him the advice to become an actor, but no true musician can stay away from their craft, even with other more advanced projects [TV/film, in Depp’s case] or money-driven ventures.

With all that Perry has done and seen, you’d think he has a good handle on the pulse of the music industry but he takes nothing for granted and keeps the opinions of his four boys in high regard when choosing projects or discussing world events.  Even four Christmas songs were up for discussion.  “I definitely run things by them a lot,” state Perry. “My youngest is 22 and he graduated from BU this year.  My oldest boy has a son so I have two grandchildren right now and the family is expecting another one in a couple of months.  But I definitely ask them their opinions on music, on videos; on all that stuff because they’re very hip to it.  My youngest is a DJ and he lives in Boston and does the DJ thing around the clubs in the Boston area too.  My next oldest just moved out here to Los Angeles to be a producer and engineer so all my boys are very in touch with what’s going on musically.  I talk to them about all kinds of stuff; music, technology–we talk about everything.”

Having Joe Perry as a dad must be such a trip yet they’ve only known him as “dad” while the general public builds the persona of Perry’s celebrity life.  How much influence have we had on him?  Did we develop his “on air” personality into the lead guitarist of one of the most famous and infamous rock bands coming out of the mid 70′s?  The stories of the drug days and the hazy ways now a distant memory, Perry is not just your average aging rock star.  Strip him of the garb his celebrity life dresses him in, and you’ll find a concerned parent and citizen of this world.

His views are strong and he’s not afraid to tell you what’s bothering him about the planet we live on.  “Keep your head down,” Perry states with a lilt in his voice. “ Keep lookin’ over your shoulder and seriously, don’t believe everything you read in the news.  Go out and find out what’s really going on.  The alternative news, The Drudge Report, Alex Jones…those type of people are who I listen to and again, you can’t believe everything you hear from those type of people either; you have to make your own decisions and weigh it against what they put out on CNN and that kind of news so keep your ears and eyes open.”  He takes a breath and continues, “There’s a lot of screwed up stuff going on right now in the world and I know that isn’t like the kind of answer you probably expect right now but it’s what I do, what my wife does and what our family does–we follow what’s going on out there like the Constitution being ripped up in front of our faces; all that stuff.  That really bothers me so pay attention.  I encourage my fans to do the same thing; be aware.”

As 2014 comes to a close, a new year awaits us all with the promise of everything fresh and innovative so what exciting adventures does Perry feel he and Aerosmith will do in the next six months?  Perry lets out a chuckle then proceeds to discuss what we can expect.  “Well, Steven sent out a letter stating he was going to do a solo record over the next three months so any talk of doing another Aerosmith record went out the window. 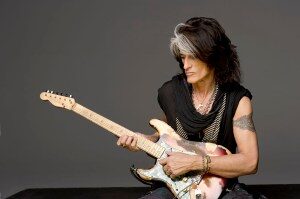 “But I don’t think anyone was too charged about doing that anyway so I’ll probably throw out a few solo songs that I have.  I have enough for an album but that brings the whole question–what’s the point of doing an album anymore; I mean I almost feel like–when a song is done, put it online and see how people respond to it.  I mean, to wait until you have ten to twelve songs, then release it; it doesn’t work like that anymore because the way people buy music has changed; it was different when I was a kid.  I couldn’t tell you the name of the songs on Led Zeppelin IV because I’d just put the album on and play it from beginning to end.  A record is just a recording of a group of songs whether they’re related to each other or not; but the truth is this is a whole different ball game going on out there.  I do this all the time, I’m guilty of this; I’ll hear that a new record by a band I like is being released and then I’ll go online and go through the songs to see which ones I like.  That’s how kids buy music today; in bits and pieces.”

“It’s kind of an experiment in one sense—how to put out new music and see how people receive it.  Maybe it’s better to put out just a few songs at a time instead of just one ‘clump!’  You’re trying to put out twelve songs as opposed to a few songs at a time and again, you want to see how the public receives them.  It’s a whole new dynamic and I come from an era when an album was an album.”

No complaints from the peanut gallery; the hour is getting late,

We close our little visit now Joe Perry’s got a date,

Now sitting in Vermont, trees heavy with a blanket of white,

Merry Christmas to us all, and to all a rockin’ good night.