Perry, Cooper and Depp will give ‘once in a lifetime’ tribute to rock-n-roll greats – Joe Perry is a true rock and roll legend, a living icon, a title few can claim. Perry has dedicated nearly 40 years to writing and performing rock and roll. He was ranked in Rolling Stone’s list of The 100 Greatest Guitarists of All Time, was inducted into the Rock and Roll Hall of Fame and the Songwriters Hall of fame, and has served as the lead guitarist and part of the creative force behind one of the century’s greatest rock bands, creating songs such as “Dream On,” “Same Old Song and Dance,” “Sweet Emotion,” “Walk This Way,” “Back in the Saddle” and many others. 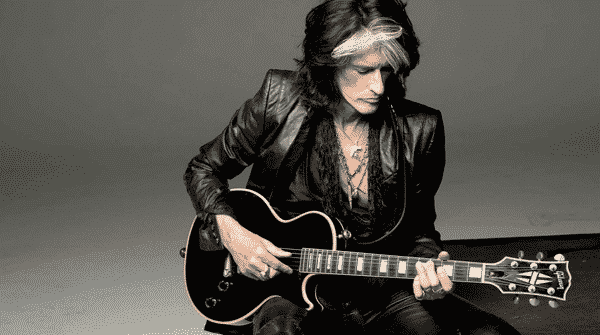 The Paso Robles Daily News interviewed Joe Perry, Aerosmith guitarist and member of new tribute band, The Hollywood Vampires, which are coming to the Mid-State Fair in July.

So what is he up to now? Still rocking. This year, Perry and buddies Alice Cooper and Johnny Depp will be touring America with their new group, The Hollywood Vampires, and they will be making a stop in Paso Robles for a performance at our very own Mid-State Fair.

The vampires is, in its essence, a tribute band, which seems sadly fitting. In years such as this, where music has lost so many greats, projects like these tug particularly hard at the heart strings, and guitar stings. Perry said that he was crushed to hear about Prince’s passing, and noted that 2016 has been a tough year for the rock and roll community.

Despite his stardom, Perry remains kind, relatable, and patient. Talking to a rock legend can certainly be butterfly inducing, but Perry was sociable and polite as we reminisced about his childhood, career, and looked into the future at new, exciting projects. Joe Perry in the recording studio working with Aerosmith.

Perry said that he taught himself to play guitar by playing along to songs on the radio, and then later playing along with his vinyl records. “It’s much easier today to learn guitar,” he said, noting the accessibility that the internet provides to budding musicians.

When asked for a peek into his creative process, Perry said he doesn’t wait around to let inspiration strike. “If you sit waiting for inspiration, you may be waiting for a long time,” he said. “There are days where you just don’t feel like doing it, but you just do it anyway.” This dedication and perseverance has kept Perry rocking for almost half a century.

The Hollywood Vampires is made up of Joe Perry, Johnny Depp and Alice Cooper.

Perry and his wife Billie have four sons (Tony, Roman, Adrian and Aaron); the legendary guitarist frequently sits in with Tab The Band, which is led by sons Adrian and Tony. He also works with his youngest Roman who is a composer of electronic music. A diverse business man, and an avid home cook, Perry even launched his own food company “Joe Perry’s Rock Your World,” with his eldest son Aaron Perry-Hirsch as CEO. The first product was Bone Yard Brew Table Sauce, later followed by Mango Peach Tango.

So, what should attendees expect at the Hollywood Vampires concert at the Mid-State Fair? The band will be performing their new single “Bad As I Am” from their new deluxe album, as well as renditions of popular classics including “My Generation,” “Whole Lotta Love,” and a “School’s Out/Another Brick in the Wall,” medley.

“We will be putting our blood, sweat and tears into this performance,” said Perry.  A performance like this may just be once in a lifetime; a tour like this, “is likely not to happen again.”